Is Twilight everything the critics say it is? 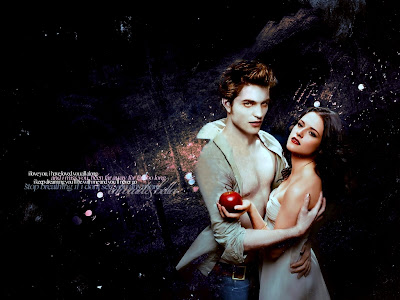 One of the biggest phenomenon to shape public discourse around female sexuality over the last few years (besides 50 Shades of Grey!) is the Twilight series whose final film installment is now in theaters. The teen romantic fantasy series centers around an intense romantic triangle between a human, Bella, her vampire boyfriend Edward, and the werewolf Jacob who is also in love with Bella. And, like 50 Shades, Twilight has received a lot of harsh criticism in response to its record breaking popularity. While some of the criticisms of the vampire/werewolf teen romance are about the depth and skill of the writing quality, others make heavier accusations that Edward and Bella’s romance depicts abusive elements of control and stalking. Additionally, some feminists have criticized the abstinence until marriage message, Bella’s heartbreak in the second book driving her to supposed near-suicidal depression, and her seeming lack of personality and substance in contrast to Edward’s unrealistic perfection. To unpack all of these big concepts we will give this blog two segments: in the first focusing on the serious issue of defining stalking and abuse.
As a big fan of the books as well as someone who works in and cares deeply about domestic violence, I wanted to share my perspective on the series with those who may be wondering if they depict unhealthy role models that we should protect children from. Stalking and controlling behaviors and male dominance are serious concerns to mental health professionals, and those terms need to be clearly defined and not just casually thrown around.
The behaviors that some people jump to define as stalking happen in a specific context- 1: Edward and Bella are dating and she enjoys and craves his company, 2: His reasons for standing guard at her house usually have something to do with intending to protect her from the many magical creatures that are threatening her life, and 3: he doesn’t sleep because he is a vampire and so has his nights free anyway. So while the behavior could look superficially like stalking in the real world, it is in fact very different than real life abusers who are stalking victims with whom they are not in a consensual relationship, who have the intention to frighten and intimidate, and who are not doing it for the main purpose of protecting their loved one from a magical fantasy life-threatening danger. Given these differences, it is not exactly fair to make the accusation that the millions of fans of Twilight enjoy stalking as it is defined in the real world. These are important distinctions to maintain, as real world stalking and abuse are serious concerns not to be made light of or compared to a protective magical boyfriend reacting to magical dangers.
So for now Twilight fans, you have our blessings to continue to enjoy the series without judgment that you secretly want an abusive stalker by real world terms – you just want to have appropriate magical protection if you were faced with equivalent magical life-threatening dangers. Stay tuned for Twilight analysis part 2 to break down some of the other criticisms of the series!
Posted by Dhyana at 9:05 PM No comments:


For our advice question this month, we had a reader ask:

“Can Female Ejaculation be learned?”


To answer this we spoke with a colleague of Lisa Meyers', Jiná Ashline, M.Ed. in Human Sexuality and Human Sexuality Doctoral Student at Widener University. Jiná has studied Female Ejaculation extensively and graciously shared with us a couple of fabulous articles she wrote on the subject, part 1 and part 2. The most prominent researcher on female ejaculation is Dr. Beverly Whipple, who has published numerous books on her discoveries about the G-Spot and female orgasm. In her research she learned that the bundle of glands and nerves surrounding the urethra inside the front wall of the vagina that we know as the G-Spot 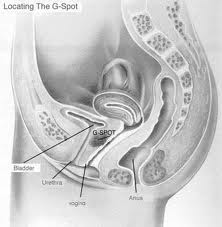 can be highly responsive to certain kinds of touch in some women, and many are able to experience an intensely pleasurable ejaculation of clear/faintly white liquid through the urethra which is chemically different than urine.

Although there is still some disagreement among professionals about the existence and function of the G-Spot being universal, there are scientific studies on this "female prostate" or Skene's Gland that point toward it having a very similar function to the male prostate. Much like the male prostate, this bundle of tissue surrounds the urethra and responds to sexual stimulation by secreting an ejaculate that can be expelled through the urethra as a separate process from urination.

From a radio interview in 2007, Dr. Whipple explains that while many women can learn to become more familiar with their body's responses to G-Spot stimulation, she discourages the pursuit of female ejaculation as an achievement that has to be any more valuable than other pleasurable sexual experiences:

Norman Swan: Female ejaculation presumably does not necessarily have to happen in every woman?
Beverly Whipple: Absolutely does not have to happen, and it can happen from oral stimulation, it can happen without orgasm, and I think that's a very important distinction. It was too easily put together with similarly for G-Spot and you have female ejaculation, not necessarily so. But what we measured looked like watered-down fat-free milk, and the women reported it tasted sweet, and that's because it contains glucose and fructose.
I have a staircase for people who are goal-directed. Penis and vagina contact to the top step, if you can follow my analogy, and that top step is Orgasm, with a big O. People who don't reach that top step, don't feel very good about everything that has occurred along the way. Whereas another way of looking at sexual experience is pleasure-oriented. And here I use the analogy of a circle, where any activity on the perimeter of that circle, whether it's holding hands, hugging, kissing, oral sex, whatever it is, is an end in itself and it doesn't have to lead to something else. And it's very helpful for couples to look at this, stereotypically most men put themselves on the staircase, stereotypically, most women put themselves on the circle, as pleasure-oriented. This is where some problems occur in relationships, when one person is goal-oriented, the other is pleasure oriented, and they're either not aware of it, or they don't communicate with their partner.
Norman Swan: However it's still important I think probably to emphasize, I mean some women just say, no matter how they do it, they only have a clitoral orgasm.
Beverly Whipple: And that's fine.
Norman Swan: Yes, but they kind of feel they're missing out on something.
Beverly Whipple: No. Absolutely not. Whatever a woman finds pleasurable, whatever she enjoys, we should encourage her to enjoy it. We have found here in our lab women have orgasm from stimulation of their breast, many areas you can have orgasmic responses from.

If  you are interested in trying to experience this, Jiná recommends "that women first try exploring their sexual response on their own to relieve any pressure, as having the intent to accomplish something can hinder the experience. I also encourage people to stimulate the entire length of the urethra." Many people become nervous about the possibility of the experience being urination instead, since the sensation before the orgasm is similar to the feeling of having to urinate. Using the restroom before you begin can help to relieve these worries, and the assurance that it is not possible to urinate while experiencing orgasm. While every woman is different and will have to learn what kind of touch works best for her, most resources on this describe firmer pressure on the G-Spot as being the best, more pressure than is normally preferable for clitoral stimulation since the gland is buried deeper inside the body. Some people report the most success when the partner does the quintessential "come hither" finger movements to stimulate the G-Spot with enough force as if they were trying to lift the woman off of the bed.
For more reading on these topics, check out Dr. Whipple's books: The G Spot: And Other Discoveries About Human Sexuality, and The Orgasm Answer Guide. Thanks for all the great questions and enjoy your pressure-free sexual exploration!