How do you raise GREAT men? 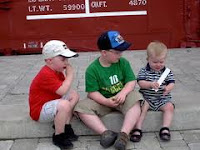 "Little boys dont cry!", "Man up!", "Be a big boy!"... STRIKE these shaming messages from your vocabulary! Why would we want to raise emotionally damaged or stunted men? Give your boys a healthy balance and teach them to tap into thier emotions. Their future partners will thank you for a a lover who has a rich range of expression and a deep capacity for communicaiton.

On this morning's Today Show, they offered Five Tips on HOW to raise boys to become GREAT men: 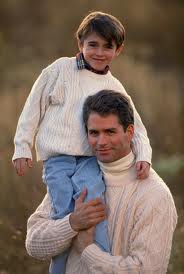 Posted by Turner Professional Group at 8:34 AM No comments:

Parents Coming Out to Their Kids

A. Curve Magazine
B. Colage
"The first thing to note is that it is really terrific that you are taking time to consider how to sensitively approach coming out to your kids.* Here at COLAGE we have found that as children, we really want to know the truth about our parents’ sexual orientation, and usually we have some idea before you even tell us! But just because we want to know doesn’t mean that we always are thrilled about the situation, especially initially. It can signify a big change in the family, especially when accompanied with all the transitions that come with a divorce or break-up. Here are some tips to keep in mind that might help:
It’s never too early to come out to your child/ren. Kids understand love. What they don’t understand is deception or hiding. And it’s never too late to come out to your child. COLAGE has met folks in their forties whose parents are just now coming out to them. A lot of mysteries are being solved, and missing puzzle pieces falling into place for these families. Often knowing the truth will be a relief for kids of all ages.

1. Tell your child/ren in a private space where the conversation can’t be overheard and will be completely confidential. Telling them at your regular Saturday night dinner at your favorite restaurant will be overwhelming."

C. List of Books for Kids of Gay Parents

For Children Of A Gay Parent.
*Coping When A Parent Is Gay. Deborah A Miller, Ph D
*There's Something I've been Meaning To Tell You. Laralee Pike. 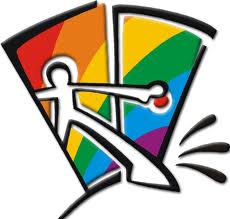 ﻿
Posted by Turner Professional Group at 3:14 PM No comments: